5 Reasons to Visualize Your Data and Make it Interactive 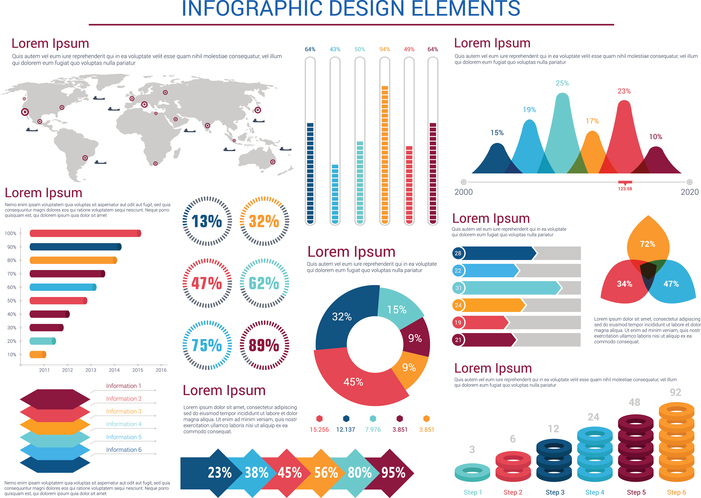 You believe in thought leadership as a marketing platform for your firm. And you believe that a key part of thought leadership is doing research and sharing your findings. Think you can create a 10-page PDF of those findings, slap it up on your website and you’re done? Think again.

Your thought leadership content is a mouse squeak amongst the roaring jet engine noise of online content. How can you stand out, get noticed and, most importantly, really engage with your audience? For content like this there are few things you can do that will be as impactful as creating an interactive data experience and sharing it online. Here are five key reasons why.

70% of our sensory receptors are in our eyes and about half of our brain is devoted to visual processing. It takes a human being 1/10 of a second to make sense of a visual scene. In what universe, then, does it make sense that we are communicating data, which can be communicated visually, as paragraphs of text? You might argue that complexity requires explanation and I agree, but a chart that captures the data with supporting explanatory text should be the norm, not the exception, in data communications.

If you think about it another way, numbers, unlike many concepts we communicate verbally, are inherently visual–even physical. We know what 1 thing looks like. Or 6 things. Or 600 things. Quantity can be felt and seen. Complex thoughts require complex language, but data is as simple as it gets. We need to devolve our communications approaches when it comes to things like data that can be more effectively communicated in more simple ways than using words.

There is a very famous (among statisticians) example of four data sets, which are nearly identical if viewed statistically. They share the same mean and variance of x and y, the same x and y correlation and the same linear regression line. If you were to stop after performing a few basic analyses on this data, you would assume they were the same. But when you visualize the data, you find four very different sets of data. Francis Anscombe, the statistician who developed these data sets, was making the point that data needs to be visualized as part of the analysis process. I would argue that your audience is being invited into the analysis process (even if passively and after the fact) and, therefore, needs to see the data as well. They are analyzing your analysis so must be given the tools to do so properly, including visualization.

3) Interactivity beats static every day of the week

But it’s not just learning that’s impacted. Iris Vesey, from the University of Queensland, has also found that interactive data experiences lead to better decision-making when compared to static visualizations. In other words, showing data visually is good, but allowing your audience to touch and feel it is even better.

In the end, interactivity allows me to play with the data directly – to sort and filter and view the parts of the data that are important to me. If it’s about me, I’m much more likely to understand, learn from, remember and appreciate the data.

4) Your credibility is at stake

Peer review is the linchpin of academic research and publishing. You can’t publish and make claims unless you’re willing to be proven wrong. In the commercial world, the standards are different – there is no peer review. And your data and process may be proprietary. The goal is marketing, not pure academic research, right?

However, your credibility is always on the line when sharing research-driven thought leadership. By giving your users access to at least some of the data in an interactive format, you’re allowing them a peek under the hood. They can sort and filter it in a way that allows them to see some cases where the data may not as closely support your thesis as in others. For instance, your overall thesis is proven in the data but if I filter to a particular sector or geographic region I might find that it doesn’t apply in that area. This allows me to make a judgment about the thesis in a way that is more directly about me, which is important, and it also allows me to see behind the curtain in a way that shows me you’re not trying to hide anything. I believe you more overall even though I’ve discovered a one example where the thesis doesn’t hold up.

5) Engagement and shareability are the new black

If a tree falls in the forest but there’s no one there to hear it… In today’s world, if your content isn’t highly shareable, its impact is a fraction of what it could be. You want your content to have the potential to go viral, though we’re not so naïve as to think that every thought leadership publication we produce will actually get millions of shares on Facebook. However, it has been proven quite convincingly that visual and interactive data displays do get shared at a much higher rate than just a text article.

Studies are starting to pile up on this subject and the initial evidence is clear. One study showed four times the engagement rate (social network shares and StumbleUpon pageviews) for an infographic compared to an article with text and images. Another shows a 50% click-through rate for marketing emails leading to interactive content compared to static content at 5%. That’s a 10X improvement!